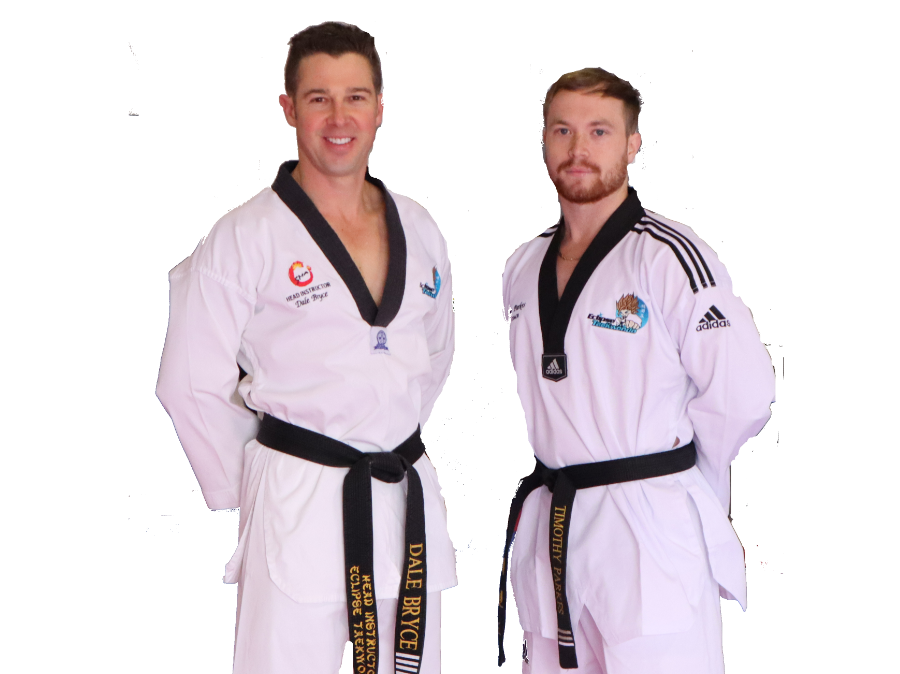 8-13 years: Taekwondo development program through our structured syllabus. Our step by step program will lead you on your exciting journey to Black Belt and beyond.

14 years and over: This class has been developed to encompass all the traditional and sports aspects of an adult taekwondo class. The Elite class is suitable for all skill levels.

14 years and over: Develop all aspects of your fitness - flexibility, strength and conditioning. Enjoy the amazing benefits of Yoga, flexibility training. Taekwondo, cardio & strength based circuit training.

Yellow belt and above: Learn taekwondo poomsae (patterns) - traditional and freestyle - from our internationally experienced instructors.

8 Years and above: Combine high level kicking techniques with acrobatics. Take your kicking skills to the extreme level and develop your acrobatics on the Air Track. This class includes weapons training as well. 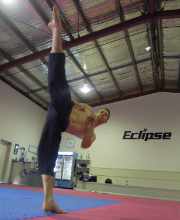 Head Instructor 6th Dan Black Belt Dale Bryce has been involved in Taekwondo for over 30 years. In this time Dale has won in excess of 20 International medals for Australia not to mention multiple State and National titles along the way. This has also earned Dale a place in the Shoalhaven Sporting Hall of Fame.

Dale has also lived in Melbourne taking up a full time teaching roll at one of the largest and highest regarded Taekwondo centres in Australia Halls Taekwondo where many Olympian’s have trained, amongst great names such as Olympic Gold Medallist Lauren Burns.

Over the years of teaching in the Shoalhaven and running Eclipse Taekwondo Dale has helped to develop many State, National & International Champions. Whilst also creating hundreds of quality Black Belts.

Dale is excited to create more Champions from the Shoalhaven area with an outstanding team of Instructors beside him at Eclipse Taekwondo. 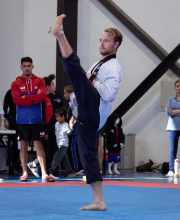 Tim excelled from the day he stepped onto the mat and quickly made his mark on the competition circuit claiming many titles at the State and National level.

Tim has a passion and enthusiasm for the sport and is excited to share his knowledge to help develop many more champions in his role as Head Coach.

“Taekwondo is and has been a part of my life since I was 11 years old. It has kept me fit and healthy plus it has increased my skills within the sport and life skills as well. I have thoroughly enjoyed my success as a Poomsae athlete and I also enjoy passing my knowledge on to others.
Sparring has also been a great achievement for me being NSW champion multiple times. I have enjoyed my role coaching kids and seeing them succeed and develop.
Taekwondo brings together people as a community and that’s what makes the sport so special.”